Ali is an experienced performer specialising in Folk and Traditional music.

Having studied dance from a young age, Ali didn’t take up the fiddle until her teens, although traditional music was always a strong part of the household growing up. Her early life was spent touring Festivals and Folk clubs watching her parents perform – both folk singers and dancers and her step father, a Dundee man, encouraged a particular love for Scottish music….

Over the last 12 years as a freelance musician, Ali has performed as a soloist and with numerous Ceilidh and Irish bands in a range of venues and settings. Including TV appearences on: E4’s “Made In Chelsea” (twice), BBC1’s “This Week”, ITV’s “TOWIE”, BBC2’s “Great British Menu” and performing for celebrities including David Mitchell, Jeremy Clarkson, Emma Watson, Charlie Boorman, Trinny Woodall, Noel Gallagher, Kirsty Alsop and Theo Wallcot amoung others.

As well as performing in and running Licence to Ceilidh, Ali and Philippe Barnes also play as a duo, reciting traditional tunes from across the British Isles on fiddle and guitar and are regulars on the London Irish session scene, playing frequently in pubs across the city. 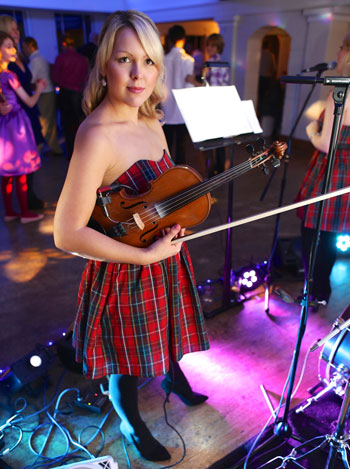 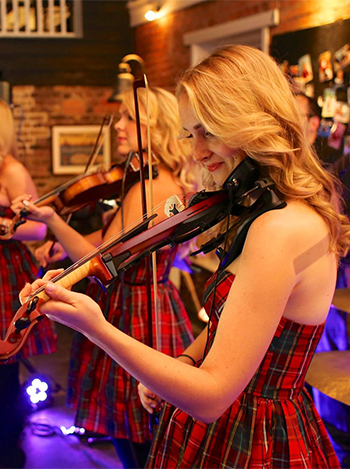 Lauren began studying the violin at the age of four in Canada. Her first teacher was Mana Primrose-Beaver, the wife of Martin Beaver who is currently the first violinist of the Tokyo String Quartet. At the age of six she began studying with Erica Davidson who taught her until she was 18. During this period, she was a student of the Young Artist Performance Academy at the Royal Conservatory of Music, as well as a member of the Toronto Youth Symphony Orchestra and National Youth Orchestra of Canada.

Lauren completed her Bachelor of Music Degree in Violin Performance at McGill University under the instruction of Thomas Williams. She was then accepted into a Master of Arts program at the Royal Academy of Music in London, studying with the international soloist So-ock Kim.

Since finishing her studies, Lauren has been working as a free-lance musician in London. She is a violin and piano teacher at two schools: North Bridge House and Ark Academy as well as teaching privately. But her main passion is performing, playing for various orchestras, musicals and bands. After living in the UK for a number of years, Lauren has developed a passion for traditional folk music. She’s a member London’s folk band Ark Royal as well as performing most weekends with Licence to Ceilidh!

Although trained classically in violin, piano and voice, Alison quickly followed in her parents footsteps doing barn dances and ceilidhs with the family band from a young age. So already has years of ceilidh experience under her belt!

Alison teaches Violin, Fiddle and Piano both one-on-one and to whole classes, as well as regularly leading folk workshops at some of the UK’s biggest festivals and in her local community.

She is also an Amateur composer. Her orchestral work ‘Journey’s End’ was most recently performed by ‘The Orchestra on the Hill’ in Fitzwilliam College, Cambridge as well as being performed in the past by the Essex Concert Orchestra and the South Essex Youth Orchestra.

Alison is both a regular dance caller and fiddle/violin player for Licence to Ceilidh. 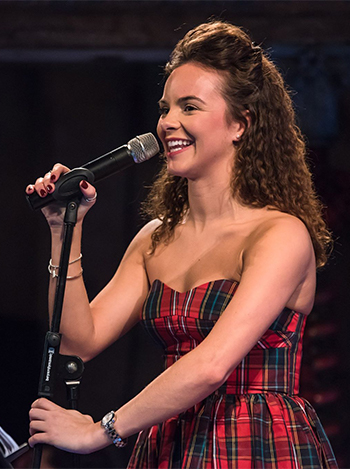 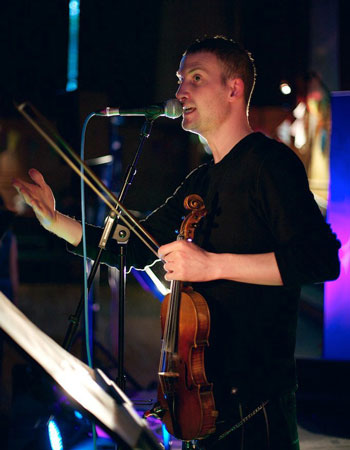 Some may say Alexis is a tad overqualified to play for a ceilidh band, after training at the University of Edinburgh, Royal College of Music, Guildhall School of Music & Drama and Goldsmiths, University of London… He’s actually a founding member of Licence to Ceilidh, so has well over 10 years experience performing with the band.

Alexis spend part of his childhood in Edinburgh, to which he later returned to study Music, English & Scottish literature and British History at the University of Edinburgh, before studying screen composition with Dario Marianelli and Joseph Horovitz at the Royal College of Music…

…In 2012, he completed his Viola studies with Jane Rogers at the Guildhall School of Music and Drama and has since performed widely with early music ensembles including The Dufay Collective, Florilegium, Horses Brawl, Rinaldo Consort and Musicians of London Wall.

As a composer Alexis works with many filmmakers/animators and his music has been broadcast on BBC Radio 3, Channel 4, TCM and at major film festivals throughout the world, including Cannes, London and Edinburgh. Currently he is developing a research interest in the intersection of film and early music as a doctoral student at Goldsmiths, University of London. Alexis is also the founder of the Early Music Experiment.