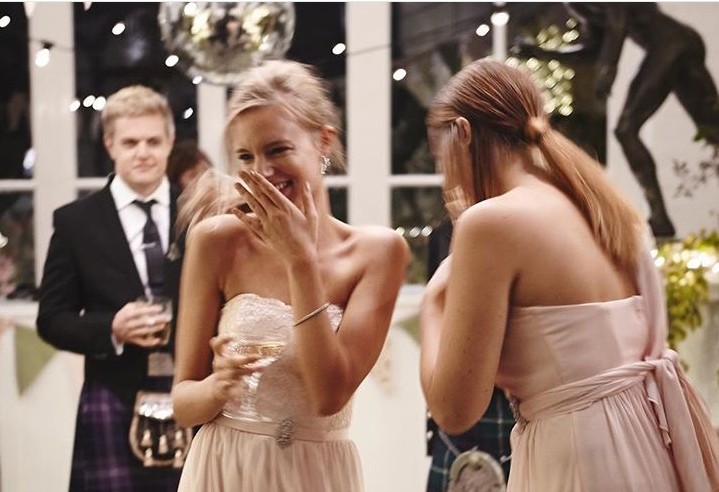 Here is Philippe lurking behind the father of the bride!

Here is Philippe lurking behind the bridesmaids…

Here is Philippe lurking behind another wedding guest!

We can assure you that this is Philippe’s leg, lurking behind the mother of the bride!

Philippe from Licence to Ceilidh recently appeared in a magazine shoot for David’s Bridal and we’re starting to spot a few photos of him.

The shoot was for their new Spring 2016 UK campaign and for the opening on their new stores in the UK, one in Glasgow, one in Watford and one in Westfield Stratford.

Philippe, who is not usually a model, was asked to appear in the shoot posing as a Scottish guest in his kilt and we’ve very much enjoyed spotting him lurking in the background of photos in their magazine and on Instagram!

You never know what might lead to something new, maybe this is the start of Philippe’s modelling career! What do you think?!