Licence to Ceilidh Play on Made in Chelsea for the 2nd time! 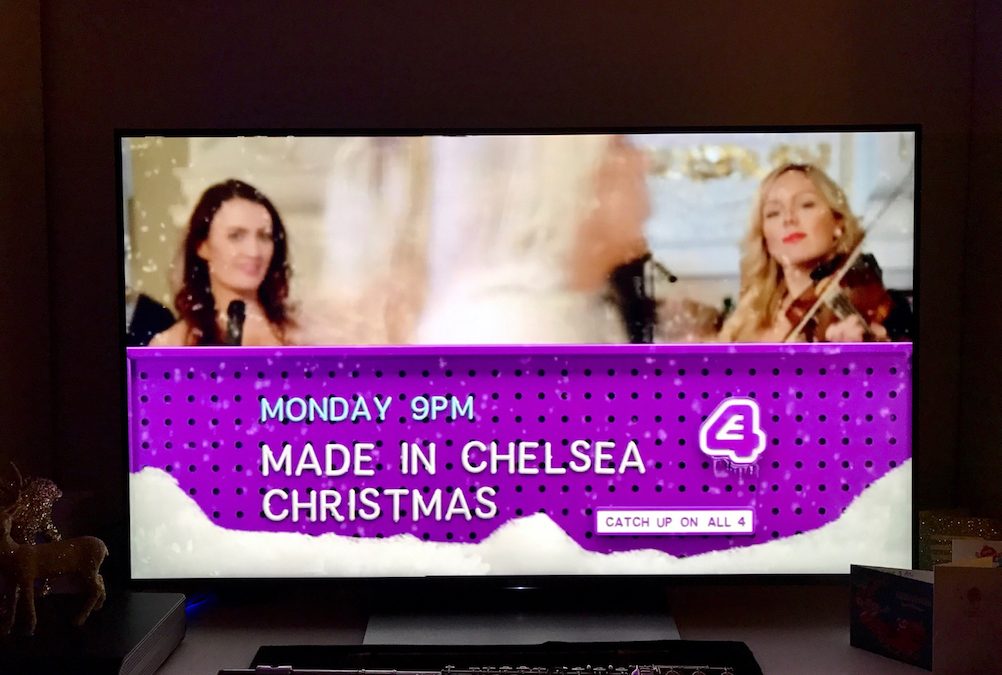 Licence to Ceilidh recently performed on E4’s Made in Chelsea for the 2nd time!

We played on the show back in Season 3 Episode 8 for the Reeling Party episode and it was so much fun, it was really to be asked back for a 2nd time to do some more reeling!

This time the event was taking place at London’s Skinners hall and we taught the cast and their friends the Dashing White Sergeant, among other dances!

The episode was Season 12, Episode 11 the season finale and Christmas Special! It aired in December 2016.

The final result was really lovely as there were lots of fantastic shots of the band as well as the dancing, the used long clips of our sound on the day as well as some of our tracks and music behind talking scenes through out the last portion of the episode!

We definitely had an increase in 21st Birthday Party bookings after appearing on the show the first time so fingers crossed!